Hiring “A” players is without a doubt a critical element in building and maintaining successful sales teams. We all want the absolute best talent we can get. However, in the end, our job is to build teams, not find the best talent. Finding the best people to contribute to your team is critical.

There are a lot of misconceptions about what an “A” player or superstar looks like and how to spot them in an interview. Following these misleading ideas can bury your team with under-performers and bad hires. When looking for “A” players, DON’T get suckered by these traits.

1) Enthusiasm: Labrador Retriever puppies are unbelievably enthusiastic. They run around in a million directions ready to do what ever they can to make you happy. They don’t do much quality work, but they are full of enthusiasm. Unfortunately, they can’t offer much else.

Enthusiasm is a great trait when it’s combined with what’s really important. However, it’s not necessarily a defining trait to identify a superstar or “A” player. Not all “A” players are enthusiastic. Who wants a bunch of puppies running around the office?

Not all “A” players have a sense of urgency.

3) Money Hungry: Using a person’s motivation for money to determine if they are an “A” player is suicide. The vast majority of sales people are money hungry. To suggest or believe that “A” players some how have a monopoly on the desire for money and therefore can be identified by that desire is stupid.

Not all “A” players are motivated by money.

4) Experience: Probably the most mistakenly used data point for determining an “A” player is experience. I’ve heard it a million times–“he worked at XYZ for 10 years and was their top rep, he’s awesome,” or “She has 15 years experience in the industry, and has been a top rep for all 15. She rocks!” And then watched them all fall flat on their face. Experience should be contextual data to validate or invalidate your assumptions. That’s it.  For every time I’ve seen the person with the pedigree fail, I’ve seen someone without the experience blow it up.

Not all “A” players have tremendous experience.

My problem with the traits above is they all correlate to “A” players, but they aren’t the cause. They aren’t the reason someone is an “A” player. Too often we rely on correlations, not causes. Doing so can create tremendous damage.

To know what signals to look for when interviewing “A” players, you have to know what causes “A” players to be successful.  Enthusiasm, motivated by money, sense of urgency and experience DON’T cause more product to be sold.

So what causes more product to be sold?

Traits That Signal You’re Talking to an “A” Player Tip: Dig into your candidate’s understanding of general business terms. Ask him or her how they sold their product or service over the past few years. Don’t listen for sales terms and processes like overcoming objections, but rather business terms, like reducing margins, reduced life cycles, inventory velocity, etc.

Creativity: Creativity is the most important trait to me when looking for “A” players. I’ve always scored creative candidates higher than those who weren’t.  The book Challenger Sale recently reported that the best sales managers are those that are most creative in helping their teams get deals unstuck or finding creative solutions to difficult problems.

Tip: Ask the candidate to describe the most creative solution he or she came up with to overcome a serious sales challenge.  Look for out of the box answers.

Leadership: In today’s selling world, “A” players HAVE to be leaders. The Rain Maker is dead. “A” players must be comfortable making their customers uncomfortable. They have to be able to engage every part of their organization. They must motivate and drive a strong pursuit team. An “A” player is not an “A” player without being a leader.

Tip: Look for examples of starting something on their own, such as a non-profit, a company, neighborhood fund-raiser, etc. Ask the candidate to give examples of where they saw a need for change and took the lead to initiate the change with others. All “A” players are leaders.

Drive is gasoline to “A” players. It makes them go. All “A” players have drive.

Tip: Ask the candidate to share a time when they wanted to quit something. Ask them what their greatest accomplishment is.  You’re looking for something that took a long time and was fraught with failure and disappointment along the way. Those with drive will have a lot of good stories for you.

Finding “A” players in an interview means being focused on the causes of sales. Enthusiasm, sense of urgency, experience, and being money-motivated are all nice to haves, but they don’t move the needle. “A” players possess skills that are at the root of moving product and selling. “A” players are creative, understand business, have drive and are leaders. You have all of those traits and you can’t fail. Not failing is what makes an “A” player.

Now go find your “A” players! 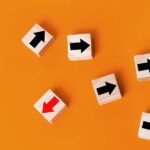 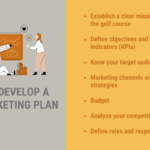 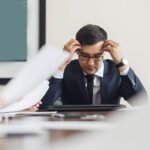