Mark Cope, has been through Gap Selling Training with 2 different organizations, most recently with Corestream.

When he was appointed to the Chief Revenue Officer role his first call was to A Sales Growth Company because he already knew the impacts the training could have on the organization as a whole.

“I started looking at Keenan’s content seven years ago. And when I started listening and watching Keenan’s content, the way he frames everything and brings it all together was exactly what I was trying to architect, but then I couldn’t bring it all together. I had a bit of a light bulb moment at that point, a bit of an aha moment, I thought ‘okay, we’ve got to engage Keenan.’”

While Corestream wanted to increase their close rates, Mark knew there were other benefits of integrating Gap Selling.

When asked whether they considered methodology training other than Gap Selling, Mark was quick to point out that he had been through several other trainings in the past, but they focus on the salesperson and not the client, they insist on discovering what the budget is for the product.

“From my perspective if somebody doesn’t have budget there’s no to kill that conversation because if it solves a real problem then the individual will go and find the budget.”

“If it’s done correctly and the C-Suite really buys into Gap Selling it changes the landscape of the organization, and it should, because every single facet of the organization should be centered around the problems that we solve for the customer and less about the product.”

If you or your organization are facing similar issues, click here to schedule a discovery call with our sales team to learn if we can help you implement a new sales strategy. 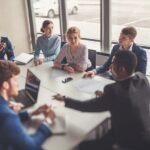 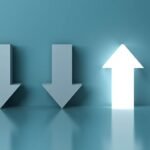